Wife rights in Islam – Islam is a religion that has been practiced for more than 1,400 years, and it has influenced many other cultures and societies worldwide, forming its unique identity.

The Quran, which Muslims consider their holy text, contains many teachings about how wives should behave and what rights they enjoy as wives. In this article, we will discuss some of these rights in detail:

Wife rights in Quran: Muslim men have to support their wives and children. The Qur’an commands a Muslim man to provide maintenance for his wife in the following verse:

Translation: He who is able spends according to his ability, and he who has limited means spends from what Allah has bestowed upon him.

Allah does not impose a heavier burden on him than He has given. Allah will give relief after suffering. (Surah at Talaq 65:7)

In this verse, Allah Ta’ala instructs the Muslim man to spend according to his ability to support his wife. If the husband is rich, his wife’s rights should be given proportionally.

If the husband is indigent, his wife has to be maintained accordingly. This cannot be said – I am poor, so I am unable to provide maintenance to my wife.

If a Muslim man violates the rights of his wife, he will be held accountable in the court of Allah. It is a right of the wife mentioned in the Holy Quran.

Also, the Holy Quran and hadith have discussed more than one wife’s rights. We will discuss them in stages.

For example, if the husband is ill or dies, the wife can go outside the house to earn her living. But in that case, he must follow the rules of Islam.

One cannot do any job which Islam does not support. Like joining a nightclub or dancing, engaging in prostitution, etc.

Wife rights in hadith: Women are the most honored of all the nations of the earth, So he deserves to be treated with respect and dignity.

The status given to one’s wife in the hadith has no parallel in any other religion.

In a hadith, the Messenger of Allah – may Allah bless him and grant him peace – said that the best person in the world is the one who is best to his wife.

Readers note the meaning of the hadith again, ‘The best person in the world is the one who is good to his wife.’

If a man becomes loved by all the people of the world. Everyone calls him good. But he is not good to his wife. He neglects his wife’s rights. Then Islam will never accept him as a good person.

Such a right for wives is found nowhere else except in Islam. Islam has made women unique. Islam has freed women not only in terms of honor but also from difficult work.

So men are forced to do all kinds of hard work while providing financial support. Like mining, stone breaking, building construction, etc.

But this reality is not understood by the present western dirty civilization. They are putting women down from this position of dignity and making them work in the fields. In this, the rights of women are being violated.

financial rights of the wife in Islam

The wife’s financial rights in Islam can be said in a word; the husband is obliged to fulfill all the financial needs of the wife to live her life.

For example, the wife’s clothes, food, shelter, and medicine must be borne by the husband. There are Financial rights of the wife in Islam.

If the husband fails to collect them, the wife can file a case in court. And Islamic courts can compel this right.

Even if the husband violates these rights, the wife can apply for divorce in the Islamic court. If the court deems fit, it can issue a divorce decree.

There is a hadith – Abu Huraira – Radiyallahu Ta’ala Anhu – narrates that the Messenger of Allah – may God bless him and grant him peace – said, The best charity is that which people do not expect after giving it.

Give first to those whose maintenance is upon you. Because the wife will say support me or divorce. Golam will say, give me food and give me specific work. The boy will say, where do you want to go without giving me food?

Then Abu Huraira Radiyallahu Ta’ala replied to them, “I am not saying it on my behalf.” I am narrating on the authority of the Messenger of Allah; peace and blessings be upon him. (Sahih Bukhari – 5355).

physical rights of the wife in Islam

A wife has several physical rights in Islam. It is never because the husband has married her or because he is providing for all the financial needs of his wife that she has bought her body.

A wife owns her own body. He can use his body at will. The husband is not obliged to have physical relations with her if he wants to.

In some cases, the wife may keep the husband away from physical relations. For example, during menstruation, a wife has the right to abstain from her husband until 40 days after childbirth.

In this way, if the wife is affected by any disease due to which physical intercourse will aggravate her illness, or delay her recovery, in this case, the wife can prevent her husband from having intercourse. It is considered a physical right of a wife in Islam.

But under normal conditions, the wife cannot prevent her husband from having physical relations. By doing so, the wife will be considered disobedient to her husband.

You can attract your husband and push him towards a physical relationship through gestures. But the wife cannot force her husband to have intercourse. It is not the physical right of a wife in Islam.

In Islam, the wife’s marital right is to accept her prescribed dowry on the first night of marriage. It is obligatory for the husband to pay his wife’s dowry.

This Mahr is a tribute to the wife. It reflects his dignity. Therefore, dowry is very important among the marital rights of a wife in Islam.

In determining Mahr, the amount of Mahr of the wife’s mother, sister, and mother-in-law can be determined in equal proportion. It is called Mahre Missile.

Or it can be increased. It can be reduced. It depends on the husband’s financial status. However, the wife cannot be deprived of her marital rights at the time of marriage.

Then there are the wife’s rights in marriage – a wife can marry only one husband. She cannot accept another husband while she is subordinate to one husband. It does not fall within her marital rights.

But if this husband divorces her, she may remarry elsewhere after the lapse of three months. It is her marital right.

But a husband can marry any other woman even if he has a wife under him. It is the conjugal right of the husband.

A husband can have a maximum of four marriages simultaneously. The wife’s permission is not required for this.

However, in this case, the husband must be able to fulfill all the wife’s needs. Everyone should be treated fairly. No one can be wronged or oppressed.

If the husband is unfaithful or multiple wives fail to fulfill his physical and financial needs, he has no right to marry more than one wife.

Quran and hadith on wife beating

The Quran and hadith also state that women should not be beaten. However, the Qur’an does not explicitly ban wife beating as such. Rather,

it recognizes that husbands may have the right to discipline their wives in disobedience or disobedience that results in harm to others (Quran 4:34), but only with the reason (Quran 4:128).

In Islamic law, there are no specific laws governing domestic violence against women; however, several Qur’anic verses suggest that wives should be treated with respect and kindness: “Men are protectors/guardians over women,” “men are instructed/trained by God,” etc…

The Prophet Muhammad said, “The best among you are those who are the best to their wives.”

Many Islamic scholars agree that wife beating is not allowed. The Prophet Muhammad said, “Do not beat the female servants of Allah.”

The Qur’an states that husbands should live with their wives in kindness (Quran 4:19)

And that men have a right to discipline their wives by admonishing them (Quran 4:34). The word used here is “Idribuhunna,” which can be translated as “to hit” or “to separate from bed sheets.”

Nafaqah rights of the wife

We have previously discussed a little about the right of the wife to get ‘Nafaqah.’ There is room for further discussion here.

After marriage, it becomes obligatory for a husband to provide housing and food to his wife. A wife has some need to arrange everything. These are called ‘Nafaqah and Sukna’ in Islamic Fiqh terms.

It is said that according to Islamic scholars, after completing the wajib on the husband, he has support and will provide it according to his ability.

It is said in the Holy Qur’an – “Provide them with accommodation according to your ability.”

Based on this verse, the unanimous opinion of Islamic scholars is that it is obligatory for the husband to provide for his wife according to his ability.

And if three talaqs are given, that wife has no right to get ‘Nafaqahh.’ He will live by his own ‘Nafaqah’.

But many people say that even after triple talaq, the wife has to stay in her husband’s house. The husband is not allowed to leave the house till the completion of three months. Therefore, during this period, the wife will have the right to get ‘Nafaqah.’

Islam has a great deal to say about women’s rights, and you must know what your role in your marriage entails.

In Islam, the wife has certain rights:

This article has been long and comprehensive, covering many Islam topics.

We hope that you have found it informative and exciting and that we have answered any questions you may have had about religion or marriage.

Please let us know if any other subjects would be relevant to our readership (or general articles on women’s rights)! We’d love nothing more than to continue writing articles on this topic. 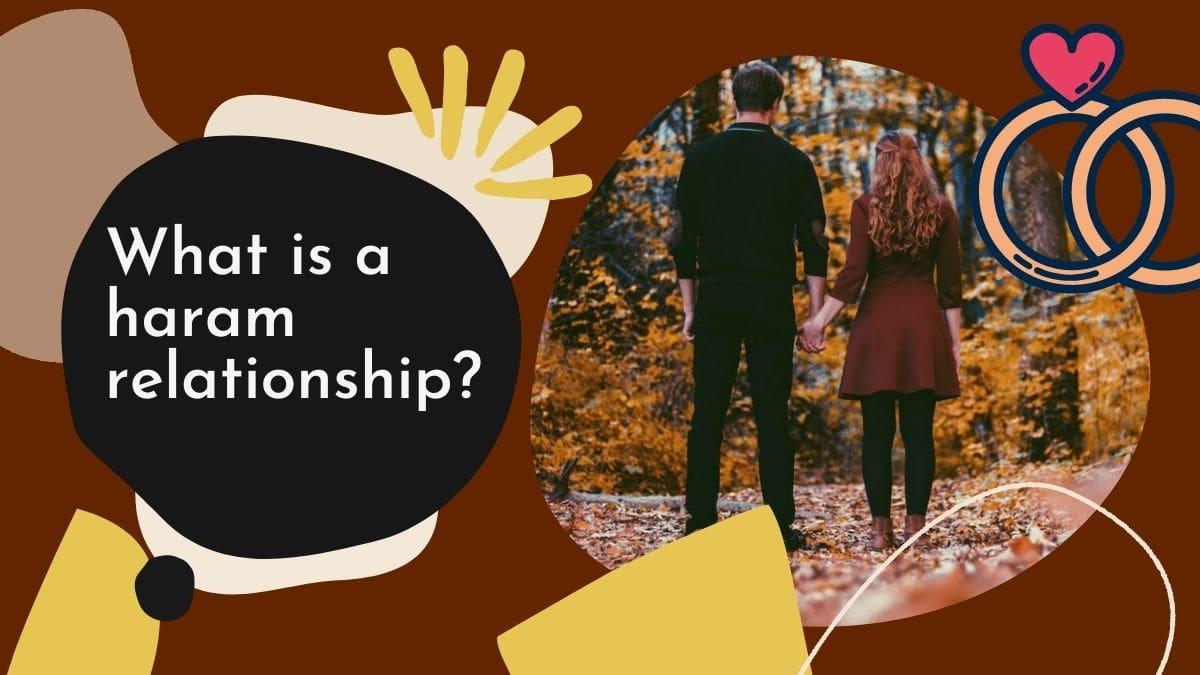