How many Rakats in Asr? That is the question many Muslim brothers and sisters are interested in knowing the answer to. Allah Ta’ala has prescribed five daily prayers for every Muslim. He will reward him on the Day of Qiyamah.

One of those five daily prayers is Salatul Asr. How many Rakats of Asr prayer are we in this article today? How to perform Asr prayer? Which Surah to read?

Going to discuss this question in detail. Hope this post is going to be useful for those who are interested in praying.

What is Asr prayer?

The word prayer is Arabic. Its synonym is Salat. It means – supplication for Istegfar, mercy, seeking welfare, etc.

Namaz is defined as – a specific act of worship, which is obligatory upon every adult Muslim of sound conscience in a specific manner at a specific time.

That is, prayer is an action where it has to be performed in a specific manner and at a specific time. This prayer is obligatory for every Muslim man and woman.

There is a difference of opinion as to whether those who willfully neglect to pray to remain Muslims. However, most of the imams have said that those who intentionally miss prayer become disbelievers.

Asr prayer is the most important of the five daily prayers. If a person neglects the obligatory Rakats of Asr due to negligence, then he will be subject to the provisions of one who abandons prayers.

That is, he should be killed like Imam Shafi and Imam Ahmad. And according to Imam Abu Hanifa – Rahmatullahi Alaihi – he should be kept in jail.

What is the Rakat of Asr prayer?

Rakat is a single repetition of all types of Islamic prayers (farad, sunnah, and Nall).

When a person completes some aspects of the prayer, then he should understand that he has completed one rak’ah.

There are separate rak’ahs for each prayer, Fajr prayer, Zohar prayer, Asr prayer, Maghrib prayer, and Isha prayer, for all prayers, during times of distress.

This is the total number of Rakats of obligatory prayers.

Also, there are many rak’ahs in each prayer as Sunnah and Nafal.

How many Rakats in Asr?

Every prayer has to be performed in sequence. The sequence of the Asr prayer is as follows.

However, in this case, Surah Fatiha should be recited along with any other Surah in every Rakat. In this way, four Rakats of Sunnah should be completed.

When is Asr prayer time? When to pray Asr?

Asr prayer begins after the shadow has doubled from the original shadow.

And the last time of Asr prayer is before sunset.

Asr prayer is eight Rakat. The eight Rakats of Asr are divided into two parts. Sunnah and obligation. Asr sunnah is four rakat.

Which is to be read before the fair. And the obligation of Asr is four Rakat.

The rule of reading four Rakat sunnah of Asr

In a hadith narrated by Abu Hurairah (R.A.), the Prophet (S.A.W.) said, “The angels come among you by turns.” One group during the day, one group at night.

Both groups come together for Asr and Fajr prayers. Then your overnight party gets up. Then Allah Ta’ala asked them, in what condition should I leave my servants?

Of course, he knows the most about this. In reply they said – We left your servants in prayer.

And when we went, they were still praying. (Bukhari, Hadith: 555)

In the hadith narrated from Abu Hurairah (R.A.), the Prophet (S.A.) also said—

If any one of you makes a prostration in the “Asr prayer before sunset, then he should complete the prayer.

And if he gets one prostration of the Fajr prayer before sunrise, then he should complete the prayer.
(Bukhari, Hadith: 556)

The four rakats of Asr are virtues of Sunnah

There are 4 Rakat Sunnah before Asr Salat. It is Ghair Muwakkadah, so it is better to perform it.

Rasul (pbuh) himself performed this prayer. On the authority of Ali Ibn Abu Talib (RA), he said,

In another hadith, narrated on the authority of Umar Farooq (RA), the Prophet (PBUH) said— 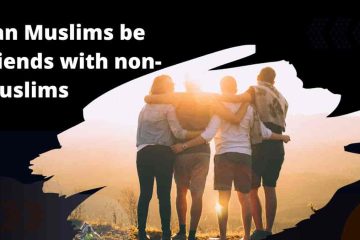