Mr. Manager of a bank a few days ago – What is the provision of a mortgage in Islam? Asked a question to this effect.

There were some more relevant issues involved with his question. To give written answers to the questions,

I have to study the details of the subject and walk on the path of pure understanding.

There I came up with a number of unique and integrated solutions to mortgage in Islam.

I am analytical of that question for the readers to gain accurate and pure knowledge Serving the answer.

We hope that all readers who are interested in gaining knowledge about mortgages in Islam will benefit from reading this article.

What does mortgage mean in Islam?

The Arabic synonym for a mortgage is – “Rehen”, which means to keep something closed.

In Islamic terminology, a thing is called a mortgage To keep a bond instead of a receipt, so that in return one can get one’s due.

Mortgages are usually mortgaged to secure a loan. The lender is assured that if the debt is not repaid,

The lender will sell the mortgaged property or for its own needs. You can use it to collect his dues.

Where the borrower promises to repay the loan on time as well as to protect or breach it resulting in financial loss. It is his responsibility to pay off his mortgage.

The Mortgage in Quran

In the Holy Quran, Allah Ta’ala says about mortgages –

Translation: “If you are on a tour, in which case (like writing a contract) you do not find an author, then mortgage something (lend it to the lender).” (Surat al-Baqara, 273)

Aisha (may Allah be pleased with her) narrated,

Translation: The Prophet (peace and blessings of Allah be upon him) bought some food from a Jew and left his armor with the Jew as collateral. (Sahih Bukhari, 2374)

Although in the verses of the Holy Qur’an there is an instructive word which means to keep a mortgage, the scholars have taken this instruction as an indicator of advice.

In this way, even though the verse says that it is permissible to keep a mortgage during the journey,

Fukahaye Keram has strongly disagreed with whether this approach is valid or not. The Hanafi ulama themselves have narrated some contradictory opinions from Keram.

In al-Majma al-Fiqh al-Islami, al-Wafa has been ruled as haram.

Although there is a difference in the name, the reality is the benefit in exchange for the loan Being enjoyed, which is of interest.

Whenever the seller brings the price, he will sell it to the seller through a new contract, then it will be valid.

But it is far more difficult to justify their existence than to refer to them as such.

How many people will be found who, after purchasing land, will voluntarily return the land to the seller at the previous price?

Moreover, when such a trend is introduced in society, it will be seen that in Bai Al Wafa,

The seller will want the buyer to promise and the buyer will also promise.

So that he can get the land and enjoy the benefits. The seller will not even sell to a buyer who does not promise to return the land.

Therefore, the condition of returning the land at the time of the contract is not mentioned verbally,

But in everyone’s mind, this condition remains the desired object.

And one of the principles of Fikr is, ‘Al Maruf Fil Urfi Kal Mashrut Indan Aqdi’ i.e.

What is known in society should be mentioned even if it is not mentioned in the agreement. Will be treated as such.

So even if there is no condition to return the land at the time of the agreement, it will be considered as a condition that will make Bai Al Wafa face it.

Is it legal to take advantage of mortgages?

We understand from the above discussion that a mortgage is Haram in Islam.

But the question remains whether using mortgage items to benefit Will be valid or not?

They are benefiting from a mortgage, such as cultivating land and reaping a crop or renting a house, or riding a car. Not valid.

Because after giving a loan to someone, the mortgage is kept to guarantee the repayment of that loan. It is not paid for use.

Now if the mortgagee (lender) starts to benefit, it means that he is benefiting from the loan. And Fukahaye Keram considers taking all kinds of benefits in return for the loan as interest.

However, the mortgagee can enjoy the crop of the land by paying the lease price to the owner of the land.

Its nature is – land ownership at the prevailing rate in the society lease price on his land will be recovered from the mortgagor or deducted from his debt.

In this case, it is essential to note that the lease price that the owner of the land will pay should not be just a name.

GOD is fully aware of whether a person obeys God’s laws or seeks to escape them.

Bai al-Wafa is often referred to as another way to legalize mortgage crops. By Al Wafa, At first, there will be no discussion of loans or mortgages.

Instead, the land will be sold at a fixed price in such a way that when the seller returns the price to the buyer, The buyer will return the land to the seller again.

Fatwa For a mortgage in Islam

‘After the loan expires, it becomes necessary for the borrower to repay the loan as soon as the lender makes the claim.

Because when it comes time to repay the loan, in fact, repaying the loan is as necessary as the object for which no mortgage has been taken.

If he repays the loan in full, the mortgagee will be released.

But if the full loan or part of it remains unpaid, then the borrower is required to repay the loan by selling

The mortgaged item himself or through his agent with the permission of the required lender. Because the lender’s right is established in the mortgage thing.

And then the borrower will be given priority to recover the loan from the other borrower to whom the thing was mortgaged. Up to this point, all jurists have a consensus.

If he persists in his position even after receiving the judge’s order, the judge will kill him by capturing or beating him. If he still does not do so,

the judge himself will sell the mortgage and collect the loan. Because after coming to this state, this is the only way to recover the debt. (Al-Mawsu’atul Fiqhiyat al-Quitiyyah, 26/179) 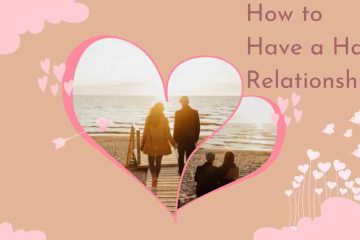 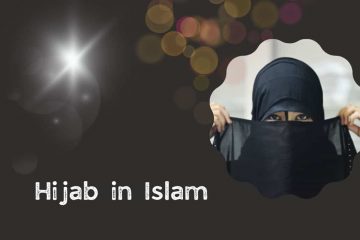