I have an interesting question – How to call a wife in Islam? Calling one’s wife a magician and an entertainer is an effective way to make a marriage thrilling.

To get the most beautiful and acceptable answer to this question I can follow the biography of our beloved Prophet Muhammad (peace be upon him) and his wives.

The way he treated his wives. They are ideal for us. All actions except his private deeds are considered as Sunnah for us.

So to find out the answer to the question of how we should call our wives, we are focusing on the biography of the Prophet (peace and blessings of Allah be upon him).

How to call a wife in Islam?

Husband and wife addressing each other by name depend on social customs, environment.

In a country or society where addressing me by name is not considered disrespectful and ugly, there is no problem in calling my name.

But in a society where it is considered disrespectful and insulting, it should not be called by name.

It is not usually considered rude or disrespectful to call one’s wife by her name. In all countries and in all societies, calling one’s wife by name is considered a normal thing. So there is no objection to calling my wife’s name.

Prophet Muhammad (peace be upon him) used to call his wives by their names. In different places in the hadith, there are sentences referring to the names of his different wives.

That is why it is halal for all Muslim men to call their wives by their names. There is no sin or rudeness in it.

Can I call my husband by name?

Calling one’s husband by name is generally considered insulting and rude. In addition, the husband’s dignity, rights, powers and responsibilities are a little more.

For this reason, some of the Hanafis in Fuqaha’i Keram consider it a maroon Tanjihi or disliked act.

As far as I know, in South Asia like India, Bangladesh and Pakistan, it is considered socially rude for a husband’s name to be uttered on his wife’s face. So it is better for the wives of these countries to refrain from calling their husbands by name.

Because it is the wife’s duty to maintain respect and esteem towards her husband. Therefore, it is desirable to refrain from the socially degrading behaviour of the husband.

Otherwise, it can lead to monogamy and marital discord. Moreover, general politeness is to address a person in such a way that he is happy.

Especially in married life, this is the demand of love and a very important thing. It is very helpful to build a happy marriage.

In Arab countries, it was customary to call one’s husband by name. They did not consider it rude. That is why they used to call their husbands by their names. But we must acknowledge that it is the duty of every woman to serve her husband.

Therefore, in order to show respect, it is forbidden to call the names of respectable people of different classes including husband, father, teacher.

What should a wife call her husband in Islam?

Because it reveals rudeness and somewhat disrespectful behaviour. It is narrated in Fatawa Shami that it is makruh for a son to call his father and for a wife to call her husband by name.

Ibn ‘Abidin al-Shami (may Allah have mercy on him) said:

Such as- O my chief, the father of such and such, or in connection with the honourable profession will call. Such as- Imam Sahib, Mufti Sahib, Doctor Sahib etc. Because father and husband — both of them have a little more rights. (Raddul Muhtar Alad-Durril Mukhtar: 06/418)

Of course, if the husband does not feel bad about it or does not feel disrespectful to himself – then there is no problem in calling my name.

Ibrahim (peace be upon him) left his wife Hazar and infant son Ishmael in the desolate desert of Makkah.

Besides, in different countries, it is customary to call by the name of the husband. Therefore, it is important to pay attention to social norms, respect and decency in this regard.

Can you call your wife baby in Islam?

The name should be sweet and beautiful. Our beloved Prophet Muhammad (peace be upon him) used to call his beloved wife Aisha (may Allah be pleased with her) by several names.

This proves that nicknames can be used for one’s wife. So you can call your wife baby.

But it has to be beautiful, meaningful and interesting. But if the name has a bad meaning then it should be avoided. 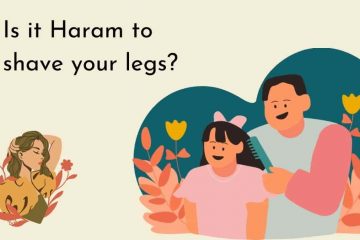